What is Russian Caravan Tea? 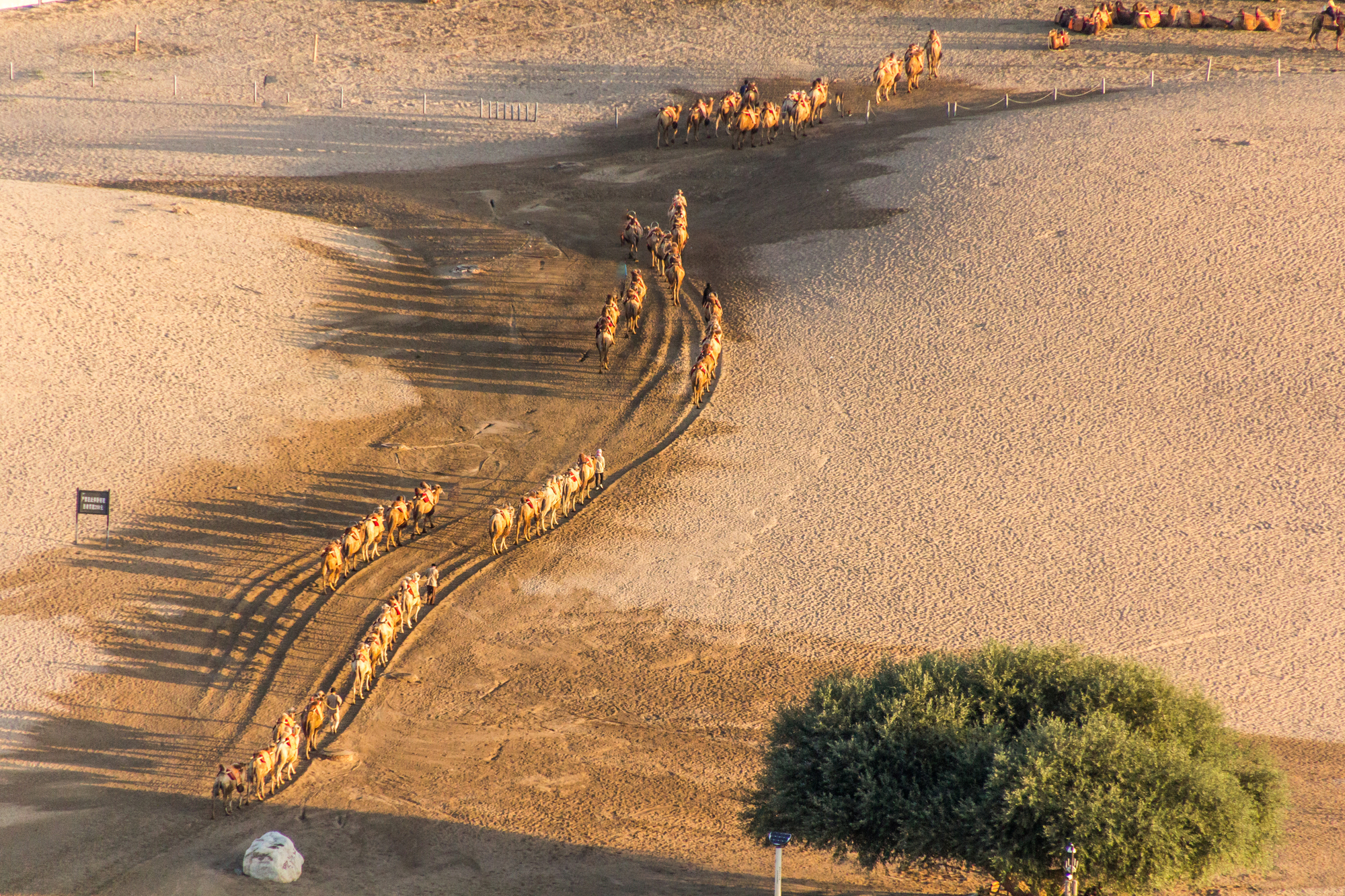 Russian Caravan Tea is said to have originated along the trading route from China to Russia in the 1700s.

We are featuring Moscow Camel No.14 in our April 2022 tea box and we wanted to share some of the reasons for it’s name.

The resulting flavour is smoky and rich, and once you’ve tried it once, it’s sure to become one of your favourites.

Russian Caravan is said to have originated along the trading route from China to Russia in the 1700s.

Camel caravans would travel this route exchanging tea for other luxury goods. Along the way, the tea leaves were constantly exposed to the evening campfires that the traders would gather around. By the end of the journey, the smoke would have permeated the tea and developed it into a black tea with a truly unique flavour.

These dedicated traders would travel over the Mongolian steppes through all kinds of hardships and weathers, finally ending up in the Russian market town of Nizhny Novgorod. There, they could finally rest on the banks of the river Volga, and sell the tea that they had carried so perilously from China.

It is believed that the first Russians to taste tea were Vasili Tumenets and Ivan Petrov. These men were envoys of the Tsar who had been sent to build an alliance with the Mongol prince, Altin Khan. After many weeks of heavy travelling, the pair entered Altin Khan’s territory and offered him gifts from the Tsar. In exchange, he introduced them to a hot beverage which contained boiled milk and “leaves of some sort”.

Following that, Altin Khan sent out 600lb envoys of tea to the Tsar. Tea at that time was unknown to the locals, and so in 1699 the first Russian caravan travelled to Beijing, trading furs for gold, silk, cotton… and tea.

From there, many camels would travel between China and Russia. These mighty animals would carry around 280lbs of tea in hemp or bamboo baskets, and it would take them three years to travel between the two places.

Tea quickly became a major source of income for Russia, with one of the wealthiest Russian towns being Kyakhta – it received so much money from tea that two shell-decorated churches were constructed.

Very soon after, Russian Caravan became the national drink for Russian society. It was traditionally prepared in a samovar (a metal tea urn where the name ‘samovar’ translates to ‘self-boiler’).

Men would drink the tea from small glasses with sugar, and with towels wrapped around their shoulders to wipe away the perspiration from drinking such a hot beverage. Conversely, the women would drink from petite little porcelain cups.

Other Variations of Russian Caravan Tea

Now, Russian Caravan is usually made up of equal parts Lapsang Souchong and Keemun to create that balanced, bold, and smoky flavour.

Of course, there are many variations of this classic black tea blend. You may find Russian Caravan which contains oolong tea or other types of black tea like Darjeeling.

The Blue Tea Box Moscow Camel No.14 tea is made up of Darjeeling, Ceylon, and black tea. This results in a truly divine mild smoky aroma and flavour, and an infusion that is a rich golden colour.

It is believed that Lapsang Souchong originated in the Wuyishan (Wuyi Mountains) of China, in Fujian province. It is still produced today, and is a relatively popular black tea which is consumed all across the world.

The word “lapsang” means “smoky variety”, and “souchong” refers to the fourth and fifth leaves of the tea plant which are used to make this tea.

Whilst Lapsang Souchong may be an acquired taste, it is quite popular in countries such as England and Russia. It is often compared to other smoky luxury goods such as scotch whiskey and Cuban cigars.

Keemun is a perfect companion to Lapsang Souchong, due to the fact that it is made with smaller leaves than the more robust Indian tea plants and as such, is softer and mellower.

Still, it has an astringent bite and a medium body, making it the perfect match for Lapsang Souchong. 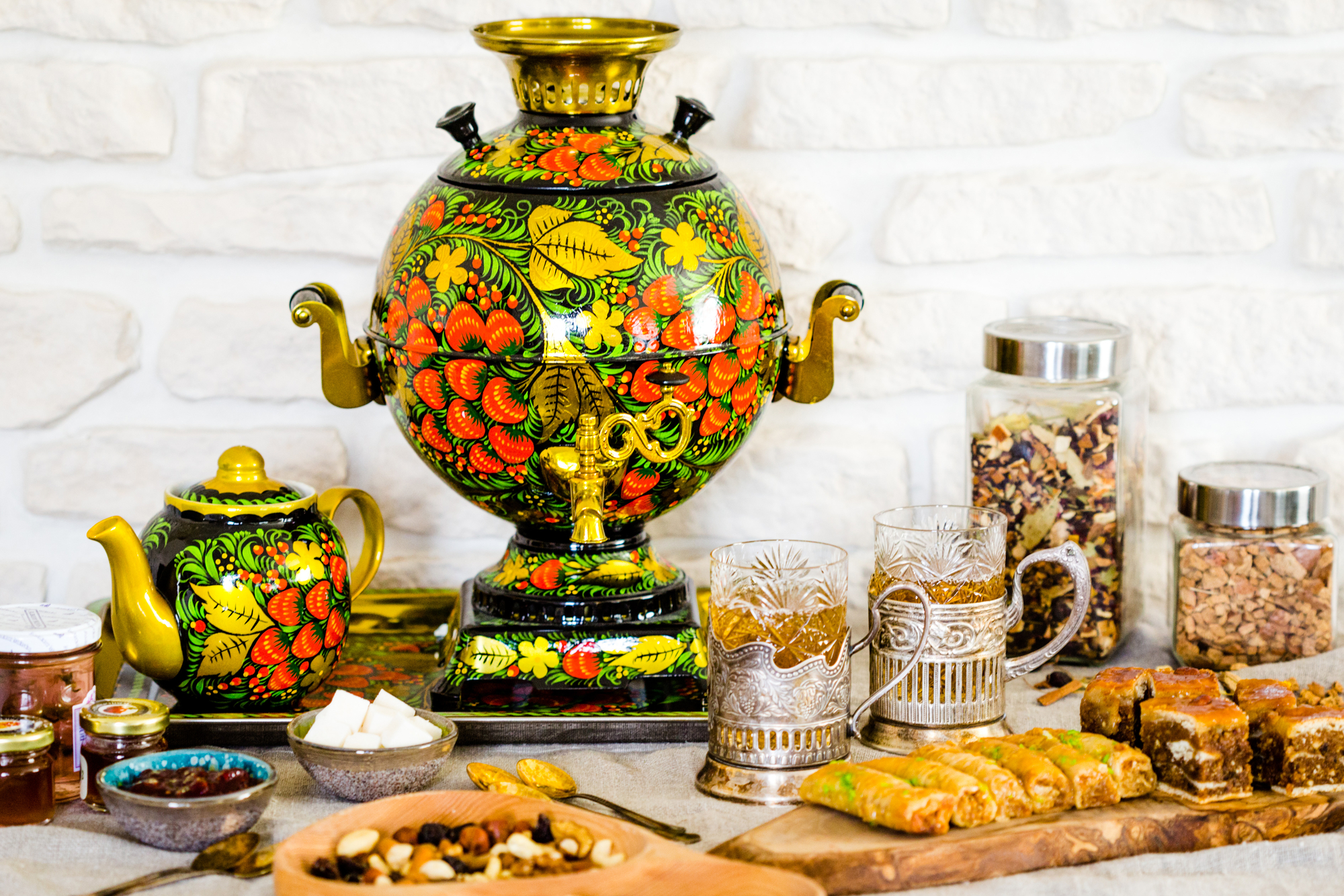 The best way to brew Moscow Camel No.14 is with either a teapot, tea infuser, or tea filter. This is because they offer the leaves the greatest opportunity to open up and release the delicious flavour stored inside.

To prepare a brew, pop a teaspoon of the tea for every 250ml of water into the brewer, add water between 90-100°C, and infuse the leaves for between three and five minutes.

Whilst the tea stands very well on its own, it becomes even gentler and softer when a splash of milk and sugar is added.

If you’re new to Russian Caravan Tea, then this is a great way to introduce yourself to the delicious brew.